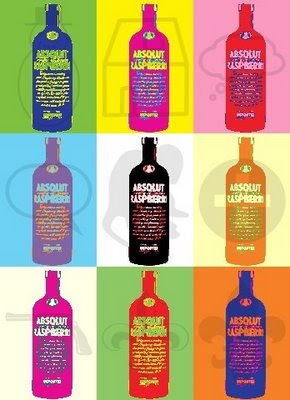 Named after the late Jim Jones, this cocktail is like adult kool-aid with a kick.

My version of the Jim Jones Martini originated at T.G.I. Friday’s in Madison, WI in 1996. A fellow bartender, Dave K., had a customer come in and ask for a Jim Jones. Not knowing the drink, Dave asked for the recipe. The original recipe Dave made included equal parts Absolut and Absolut citron, lemon & lime juice, simple syrup, and a splash of Chambord. Needless to say, the drink was a hit and became the new “staple” with employees and regulars.

As a fan of old-skool cocktails and methods, I came across an interesting method for sugar glazing a glass prior to building out a cocktail. This was discovered at my favorite after work bar, The Old Towne Pub. A bartender at the OTP, Joelle, made a fabulous rocks gimlet where he combine lime juice and bar sugar in the bottom of the glass. Then, he proceeded to glaze the inside of the glass with the back of a bar spoon. After imbibing in numerous of these wonderful concoctions, I thought about trying this with the Jim Jones. So the next night at the bar, I had some regulars in and decided to do a “test drive” of my new cocktail. Here’s the recipe, then we’ll discuss the build:

Starting with a chilled martini glass, add lemon and lime juice to cocktail glass. Add discarded lemon and lime into mixing tin for drink build. Add 2 bar spoons of sugar cocktail glass. This is where it’s tricky. Depending on the amount of lemon/lime juice, you need to balance the amount of sugar so it’s not too pasty, but not too running. Proceed to line the inside of the cocktail glass by rotating glass by the stem and drawing spoon towards the rim. Side Note: Some people like a sugared rim on the glass as well. I think it gets in the way, but is always an option. Quickly, add Absolut, Absolut Citron, and Chambord to tin along w/ lemon and lime. Add Ice and shake till chilled. Strain into the center of the martini glass. This will give the best presentation and will not was away the sugar glaze. Garnish with lemon and lime squeeze.

Variations of the drink were created by various bartenders. Most notably, was the move from a classic martini to a shaken cocktail served in a Collins glass (14oz Gibralter) w/ a splash of 7-up. Simple Syrup replaced the sugar glaze. This change was definitely a more efficient way to make the drink. Especially when the bar was three deep at the Second Story and people were ordering 4 at a crack. Trust me when I say that my traditional method is excellent, yet very time consuming. More than one will put you in the Weeds very quickly.

Thanks to all the old skooler’s who spread the Jim Jones in Madtown…Kristin, Jake, Jerry, Dave, Reinie, Kelly, Leslie, and Matt…

Prior to posting, I decided to research whether another “Jim Jones” drink existed. Low and behold, I found another cocktail, Jim Jones, posted by Jace K. Seavers on www.barnonedrinks.com. Jace’s drink is , too say the least, powerful. Another version is seen at drinkswap.com and called The Real Jim Jones Cocktail Recipe. I like mine better, but then I think I make the best drinks on the planet! lol

P.S. I hope to get some pics up for the Jim Jones as soon as I can make some at homeJ

2 thoughts on “The Jim Jones Martini”